Negus is a drink that comes up a lot in Dickens books - Fezziwig serves it at his party in A Christmas Carol, and Miss Potterson of the Six Jolly Fellowship Porters (the delightfully dreary riverside pub in Our Mutual Friend) is a fan.

The Six Jolly Fellowship Porters is a riverside pub - in the days when the river was at its most disgusting - haunted largely by the kind of river scavengers who live about the banks of the Thames. Dickens' description of it is typically picturesque: 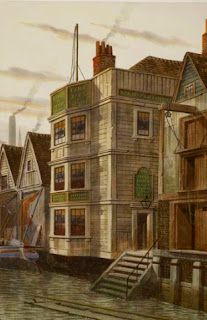 The wood forming the chimney-pieces, beams, partitions, floors and doors, of the Six Jolly Fellowship Porters, seemed in its old age fraught with confused memories of its youth. In many places it had become gnarled and riven, according to the manner of old trees; knots started out of it; and here and there it seemed to twist itself into some likeness of boughs. In this state of second childhood, it had an air of being in its own way garrulous about its early life. Not without reason was it often asserted by the regular frequenters of the Porters, that when the light shone full upon the grain of certain panels, and particularly upon an old corner cupboard of walnut-wood in the bar, you might trace little forests there, and tiny trees like the parent tree, in full umbrageous leaf.

He goes on to mention "red curtains matching the noses of the regular customers" (nice).  In those days, there were no embankments, so the back door of the place would have done right up to the water at high tide, as in the watercolor of the place above. 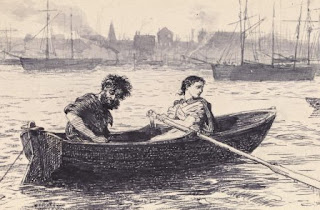 The book opens on the river, presumably within site of the tavern, with a chilling (and really rather funny) scene in which Gaffer Hexam and his daughter, Lizzie, are out on a rowboat, picking up dead bodies from the river. This was a real profession - bodies would be robbed of any jewelry or money they had on them, and the bodies could be sold to medical schools. Sometimes one would even get a reward for finding someone.  You weren't supposed to rob the body of any personal effects, though - when he's questioned, Gaffer notes that the body's pockets were turned out and empty, "but that's common. Whether it's the wash of the tide or no, I can't say."

Dragging the river for corpses was actually one of the least disgusting forms of river scavenging; the riverbanks were full of such scavengers in 1865, when the book was written, and besides those who dragged the river, some people would sift through it looking for coins and old silverware (though mostly they were sifting through garbage, refuse, and excrement).  These sorts of people are the general customers at the Six Jolly Fellowship Porter - they sit in a snug, dark little room called The Cosy and warm themselves at the fire with hot drinks like purl, dog's nose, and port negus.

Mis Potterson makes a lot of interesting drinks that I'll be covering here in time - she mixes Jenny Wren (a minor) a glass of "shrub," purl is a specialty of the house and popular "eye opener" for the river people, and one man notes that they "burn sherry well" at the Porters. But her own drink of choice is the Port Negus - she usually has a tumbler of it nightly.

Port Negus is, at its heart, just a hot mulled wine drink, the kind very commonly found in Dickens. They're all pretty tasty, and the differences between them are frankly sort of minimal if you don't have a well-developed palatte (and frankly, I don't).  As with most of them, no two sources agree on quite what the recipe ought to be; an 1871 book of popular night-caps from Oxford University says that a main ingredient in most recipes is jellied calves feet. But they hasten to point out that this is omitted from the port version of negus  - apparently mixing port with calves feet jelly produces a disagreeable mixture that looks and tastes like mud. I'm glad someone else got to be the test subject for this one.

Other recipes disagree on which spices to use (though all top it with nutmeg), whether or not to add a Seville orange, and how to get the taste of the lemon peel into it - some slice the peel very thin, others rub the lumps of sugar on the peel.  The Oxford people said that adding orange and lemon peel makes it a "warming" drink, because of the heating oil that you put in your stomach.

Anyway, my recipe is as follows: 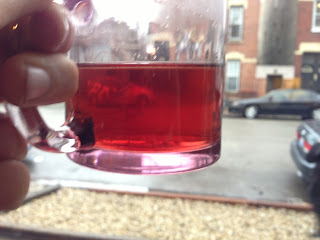 -One lump of sugar (about a tablespoon if you're just making a tumbler-ful)
-a bit of finely-grated lemon peel
- a dash of cinnamon and allspice
- equal parts port wine and and hot water
- juice of the lemon (one lemon per bottle of port used; I just used a small portion of the bottle, and hence just a bit of the lemon).
- grated nutmeg

Mix the port with with lemon peel, lemon juice, and spices (except the nutmeg), and allow it to sit for a while - up to an hour - then add hot water (about the same amount as you used for for the port). Top with grated nutmeg and enjoy!

What you're left with is a warm, very drinkable mixture that tastes about like any mulled wine-based drink, if a bit more lemony and a bit weaker than some (given that the port makes up less than half of the drink). As such, though, you can easily drink it in larger gulps (while it's hot) than one would take with a plain glass of wine, and it's a delightful mixture for a cold day! A hot mug full made me feel warm all over, and a whole tumbler-full would pack a punch, but not knock you out. 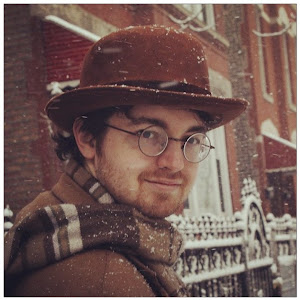 Some of My Other Pages 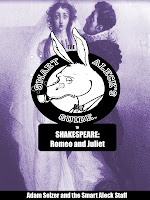 The Smart Aleck's Guide to Shakespeare: Romeo and Juliet 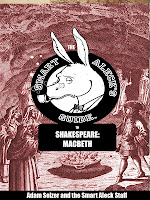 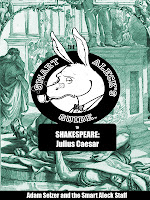 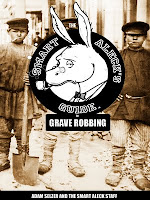 Everything you need to know to launch YOUR career as a 19th century resurrectionist - the smart aleck way! MORE INFO

$2.99 on Kindle or Nook
Get a free Kindle app
or
a free NOOK app
for your pc, mac, iPad or phone!